Electropedic is a Family Business with an interesting History 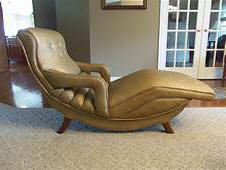 In 1960 Henry Kraus became the western states distributor for the Contour Chair Lounge.  It was custom fit product where each part of the chair was measured to the size and length of the customer.  There were many selling challenges because the customer had to choose the fabric, style, leg color and have a place for the chair.   In 1964 Henry visited the World’s Fair in New York City and Simmons had a display for their adjustable beds for in home use.  Henry was drawn to the adjustable bed because it provided similar benefits as the Contour Chair Lounge.  In addition, the adjustable bed could be placed inside a bedroom and become the focal point for customers to get a better night’s sleep.  Henry Kraus saw the adjustable bed as a product that he could grow into a successful business. 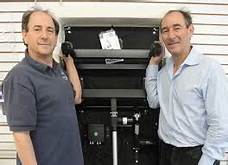 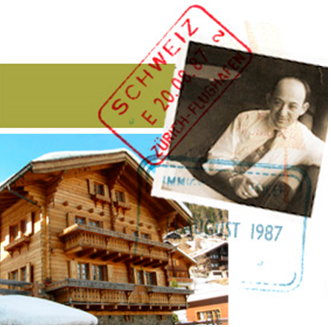 The Birth of Latexpedic Mattresses

In 1987, During a business trip through Europe in 1987, Henry Kraus stopped at a small hotel in Switzerland. There he discovered one of the most comfortable mattresses he had ever encountered. This came as quite a surprise to him, as he had already been in the business of sleep products for some years and had invented and assisted in the development of many products.

After waking up refreshed and without his usual back pain, he decided he would stay another night. Was this mattress really a “miracle mattress”? He was hoping to answer that question through an additional night’s stay.

Once again he woke up refreshed and without back pain. He decided then and there that he would purchase one of these “miracle mattresses” for his home when he returned to the United States.

When he returned home be began to search for a store that sold the mattress he slept on or at least something comparable. He soon found that it was not to be, these types of mattresses were not sold in the United States. He was shocked.

The mattress had made such an impression upon him that he could not just let it go. He decided to make a special trip back to that same hotel and find out not where they were sold, but where they were manufactured. He was convinced that not only he could benefits of a latex mattress, but many others as well. High shipping costs made the importing of this unique product to the United States prohibitive. So what would he do? Henry Kraus decided to ship several of these mattresses back to the United States so he could work to duplicate and improve the manufacturing process. This was the beginning of the development of Latexpedic Mattress.  It soom became the primary mattress for the Electropedic Adjustable Bed.

For the past 30 years, 100% Pure Talalay latex mattresses have provided our clients with superior comfort and peace of mind. Many innovations and refinements have been made over the years to continue Henry Kraus’ tradition of innovation and pursuit of the best night’s sleep.

All mattresses are still handcrafted and customized in our own Latexpedic Factory.

Your Comfort Is Everything!

Today, . . . Electropedic is also run by the Son's of PhiIlip and Lloyd Kraus; namely, Paul, Ryan and Lloyd Kraus.  Our motto since Henry Kraus started Electropedic in 1964 continues to be the same:  Your Comfort Is Everything!  At Electropedic, we have never lost sight of the fact that our success is simply built upon your 100% Satisfaction.  Our customer's appreciate our small business work-ethic and dedication to our customers.  This is what we have been doing for 56 years Now!